Jackie studied Jazz (Voice) Performance at the Victorian College of the Arts and completed Honours in Psychology at the University of Melbourne. She also completed a MA in the UK focusing her thesis on music/the arts as a tool for facilitating the resolution of conflict and the development of listening, expressive and imaginative capacities.

Jackie is a professional jazz singer. She has also worked with primary school children as a psychology researcher investigating their capacity to resolve conflicts, their thoughts about the future and how music programs can help them be more accepting of other cultures. She has been utilizing music to work with autistic/neurodivergent children and children with disabilitues for the last five years.

Jackie became inspired to start My Song Music Classes after seeing how well her autistic son responded to her musical attempts to engage him. Music became central to their interactions when it became obvious that her son infrequently responded to verbal attempts to connect, however was often delighted to engage with musical approaches.

Jackie developed My Song Music Sessions/Classes based on her experience with her own son, her knowledge of developmental psychology, learning from Autistic adults and their experiences and her extensive musical background. 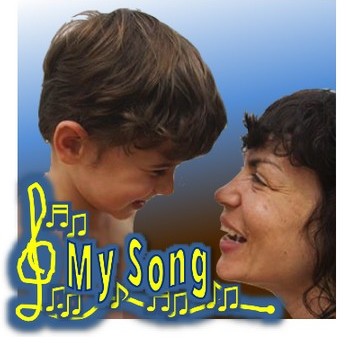 Jackie Bornstein has a background in music and psychology and is also a mother of a child with ASD. More about Jackie.